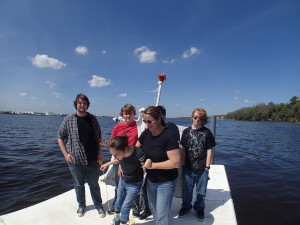 Foundation Academy students Molly Paris, Megan Ditzig, Kyle Love, and Zane Sword are participating in a project with Jacksonville University students in Marine Science under the direction of Dr. Jeremy Stalker.  After the success of Dr. Stalker’s JU students in a similar endeavor last year, Dr. Stalker decided to include some high school students this time, inviting students from Bolles and TFA.  Each team designed and constructed a drifter capable of riding ocean currents for six months or longer.  The drifters are equipped with GPS, which is monitored by NOAA (National Oceanic and Atmospheric Administration).  The collected data becomes part of NOAA’s ongoing research into changes in sea currents. The TFA students developed the drifter as part of their Jacksonville Science Festival entry in February, the festival now in its fourth year and sponsored by The Foundation Academy, this year at FSCJ South Campus and MOSH at Friendship Fountain. Following the Festival, the TFA drifter, “Bob,” was launched with the other drifters on March 26 from the OCEARCH shark tagging vessel, currently working in this area.  Stay tuned for messages from “Bob”! 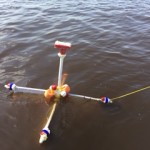 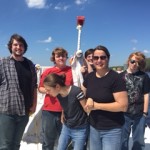 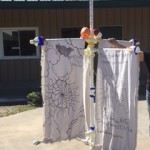 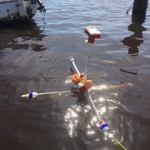 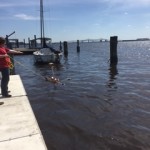 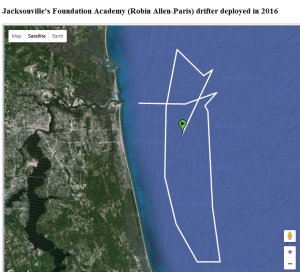